As a Design/Builder often we have the ability to try new materials and building science on our own homes before we role them out to our customers.  I see this as a great way to test the efficacy of new approaches, without using a customer project as the test site.

Recently, we embarked on year long renovation of our office and workshop that is located in a barn, we built nearly 20 years ago in the woods in Bolton.  We realized we had an opportunity to make that space more energy efficient and improve some inadequacies from the construction of 20 years ago.

Upstairs is our heated office.  Downstairs is a four bay barn with a full workshop, lumber storage, and our tools and equipment.  When it was built we didn't plan on having a heated office so it wasn't built as airtight, nor with as much insulation, as standard energy efficient construction methods of today.  Times change... 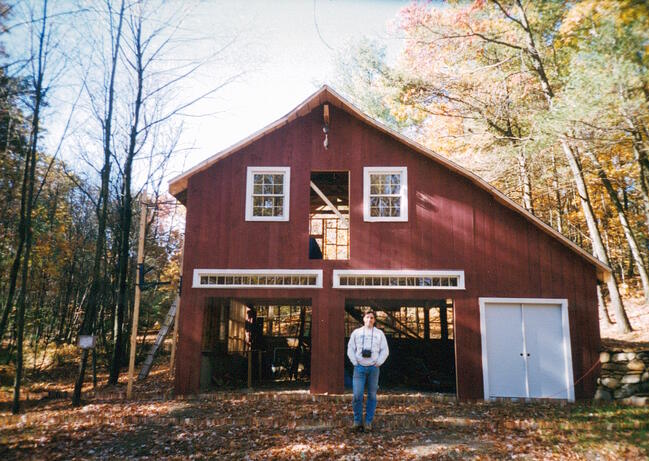 Every winter our electrict bill would triple when the heat kicked on.  It cost too much to heat the 500 SF office.  There had to be a better way.

So, we embarked on a quest to make the office more airtight and energy efficient.  The first phase was adding 26 solar PV panels to produce our own electricity (we have since added 5 more for 31 total).  This worked out great and we are huge proponents of adding solar to offset the energy we need. 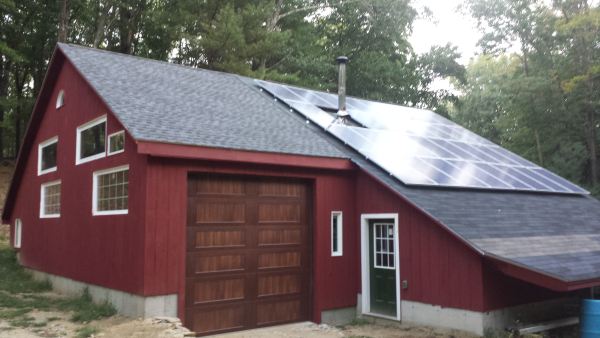 Then we airsealed around all the windows and doors, and added 2 layers of rigid insulation below the floor and on all sides.  Taping the seams of the insulated ZIP Wall sheathing makes it a very effective air barrier.  This also added R-10 all around the heated building enclosure and overcame the thermal bridging inherent when you insulate between studs.  Next, we changed out the metal storm door and replaced it with an insulated weather stripped exterior door.  Then, we replaced the 15 year old  heating system with a Hyper Heat Mitsubishi (effective to 15 degrees below) wall hung minisplit ductless HVAC heat pump that will provide all of our heating and cooling needs in a much more efficient manner.   We also still have a wood stove to supplement this. 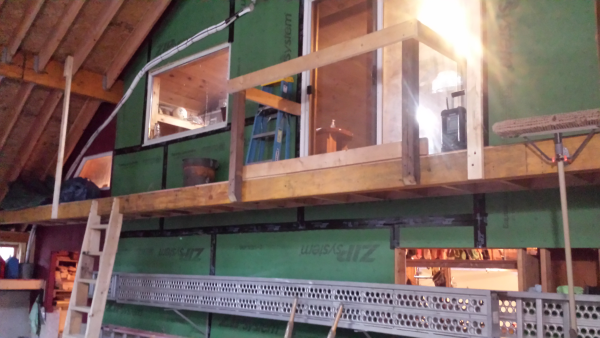 The final step will be to add and additional 12 solar PV panels to the 31 we currently have on our barn for a total of 43.  These panels provide for the power for our barn and for my home on the same property and we have been net zero since March.  We are very proud to be net zero for our electricity and will continue to look for ways to improve our office efficiency.

We also added a new bay in the rear to get all of our equipment out of the weather and stored inside, using best practices for access and aiding in the productivity of our team!  Also all of the windows and doors are recycled and repurposed from projects we have built.  And the changes we have made will save over $3000 in electricity costs each year.  Not bad! 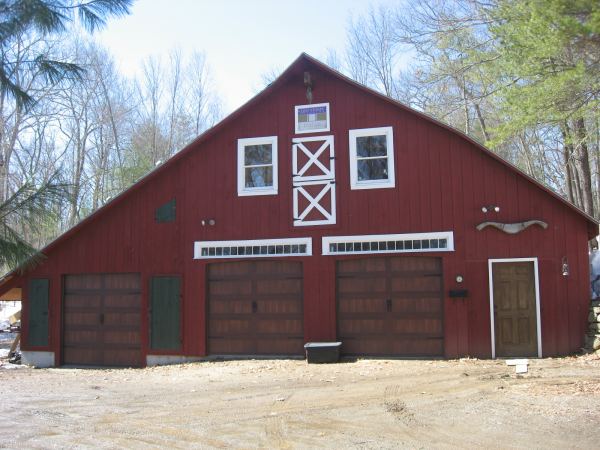